While roller shutters and overhead doors are common options for large openings, many solutions have limitations such as loud operating noises or necessity for large retracting space.

Kikukawa’s Shumon, a super large folding door system, is favored for its functionality and aesthetics, particularly its smooth, quiet and quick operation. This is a product fabricated and sold by Kikukawa in partnership with Gartner.

The following pictures are from Narahara branch of Hachioji fire department in Tokyo, a second fire department branch to install the automatic type of Shumon. The opening is 15m (W) x 4m (H), separated by two sets of two doors that open at the center to both sides. 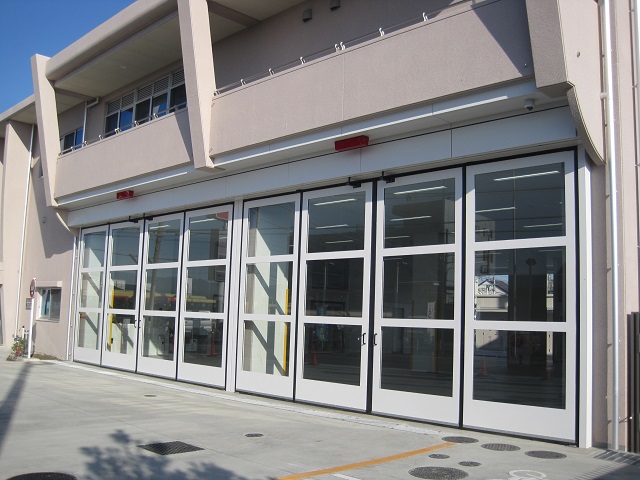 Two doors consist a set of the super large folding door system. The opening allows a firefighter truck and two ambulances to drive through.

For this branch, the Shumon doors are glass types painted white. The operating noise is roughly 40-decibel*, and the opening time is about 11 seconds. The glass doors allow visibility and provide a sense of security within the neighborhood.

*Decibel(dB): a unit to measure the intensity of a sound. Typically, “quiet” household electronics operate under 50dB; 40dB is considered to be equivalent to the noise level within a library. 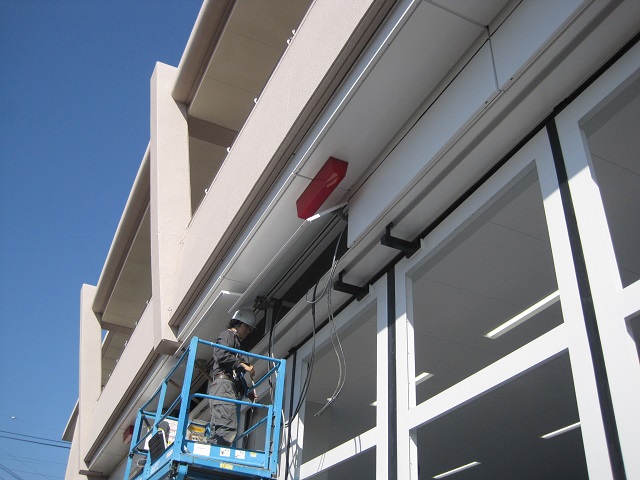 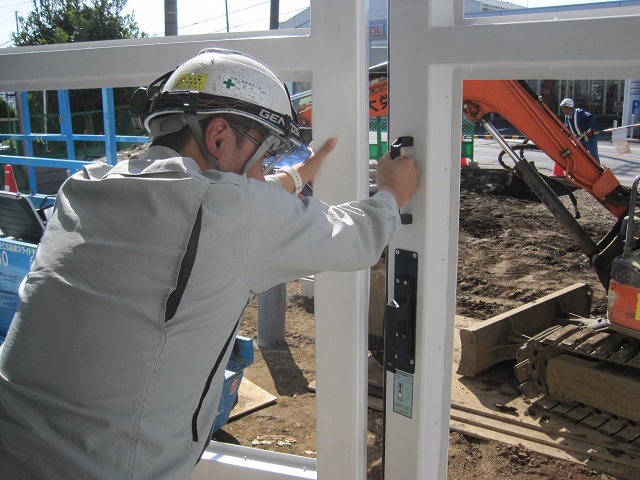 Inspecting the manual operation of the doors

Other features of Shumon include the following.
-The electric drive unit fits in the 450mm(H) access panels at the top, removing the necessity for additional ceiling constructions.
-Touch sensors ensure safe operation by detecting any obstacles when closing and stopping the operation automatically.
-During an emergency such as black-outs or malfunction, the doors can be switched from electric to manual operation with a single touch.
-The doors can be opened with ease by hand. 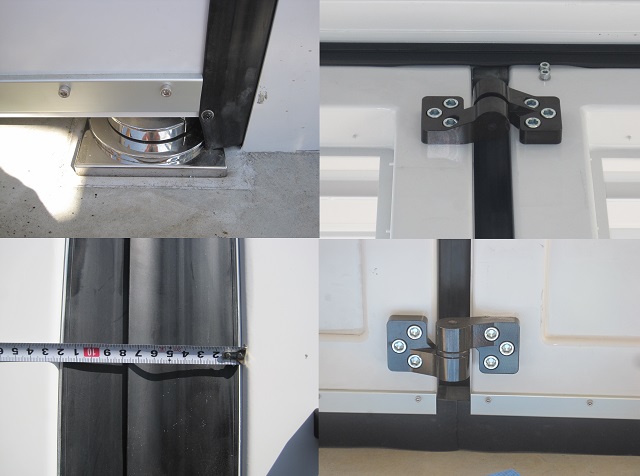 The hinges supporting these super large doors are maintenance-free (conditions: 10 years, or 200,000 overhead opening operations). The custom gaskets improve airtightness, which contributes to quieter operations and reduces the energy necessary for operation.

The super large folding door shumon is available in various colours, and types such as glass or windows. Projects that used Shumon include fire departments, schools, factories and other public facilities (including the Japan Racing Association).

For an example of Shumon installed project, click here