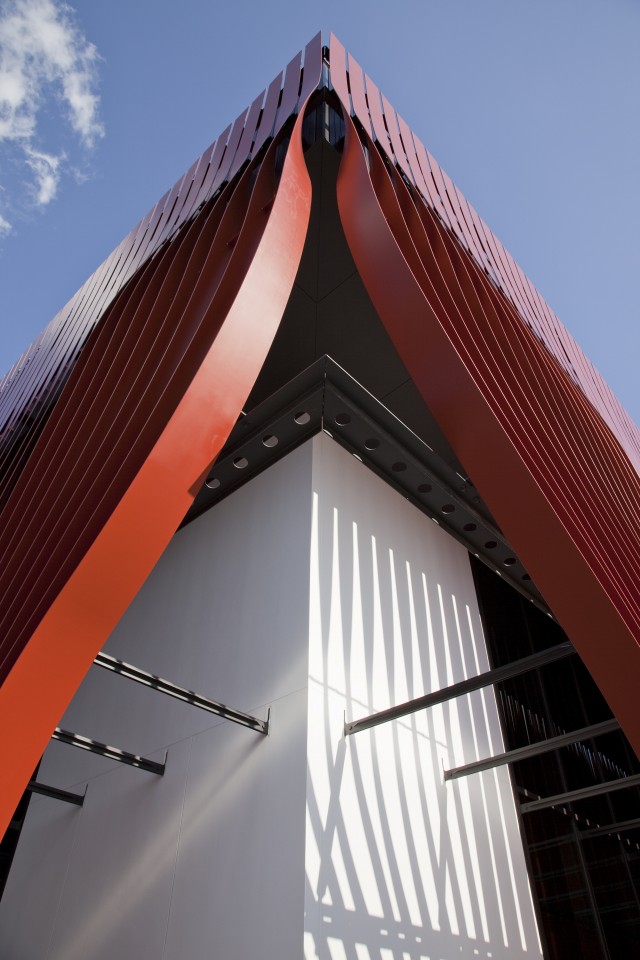 The vibrant red partitions contribute to the iconic design 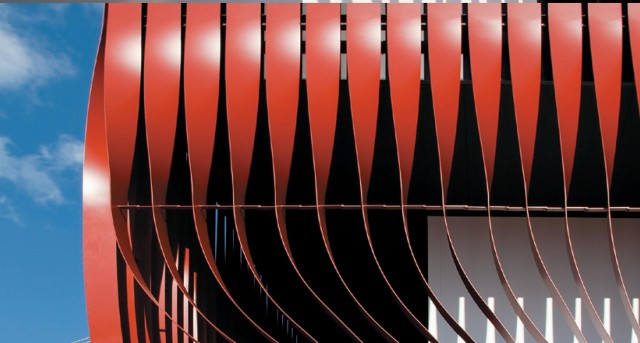 ‘Nebuta Museum Wa Rasse’ is a city-owned museum that introduces the history and charms of the Aomori Nebuta Festival. Located at the north of JR Aomori station where the city meets the sea, the museum is enclosed by ribbons of red twisted steel louvres that Kikukawa fabricated.
This iconic and vibrant façade embodies the concept of the museum, to strengthen the connection between the city, people, and people’s heart, and as a place that archives and exhibits the Festival.
The museum received the 32nd Tohoku Architectural Award in 2011, organized by the Architectural Institute of Japan (AIJ), for its contribution to the Tohoku (North East of Japan) area’s architectural culture and its eco-friendly design.

The red twisted partitions wrap the whole building to form an outdoor walkway, as a threshold between the mythical world of Nebuta and the city, as well as to cut glare in the summer and protect the building from the weather in winter. Each ribbon is twisted uniquely to form openings for light, views and passageways which creates a welcoming design.
These steel louvres are the marking feature of the iconic design of the museum, but they also contribute to the functionality of the building.

The twisted ribbons are fabricated from 300mm wide and 12m long 9mm thick steel plates, each dual-curved to create the smooth curvature.
There are over 730 pieces of ribbons with 220 patterns. As each ribbon is shaped uniquely, each steel plate was twisted individually based on elastic range data collected from steel casting experiments.
This twisting technology of extra-long plates was developed once Kikukawa was consulted by the designers. As a result, our twisting expertise now extends to extra-long steel ribbons.